A Good Attorney Is Very Important after a Car Accident

When the defendant responds to your lawsuit, in addition to disputing the facts, he or she may also include a variety of affirmative defenses in an effort to end the case quickly or gain an edge. The defenses will typically be the first thing the court addresses, so it's important to know how to respond if you want to avoid having your case dismissed. Here are three you may encounter and how to deal with them.

The Statute of Limitations Has Expired

Every state limits how much you have to file a personal injury lawsuit. In Missouri, for instance, you must file a lawsuit within 5 years of the incident, or you will be barred from suing for compensation for your losses and damages. If the defendant believes the time limit has passed, this will likely be the first thing he or she will invoke as a defense to your lawsuit.

For instance, if you were a minor when the accident occurred, the statute of limitations may not have started for you until you turned 18. The court may also adjust the clock if there were periods of time when you experienced mental problems that negatively impacted your cognitive ability (e.g., temporary insanity).

The court will also let the case proceed if the defendant agrees to waive his or her right to invoke the statute of limitations, so your second option is to try to convince the person to do this. Since this is often a sure ticket out of a lawsuit, you may face an uphill battle here, though.

There Was an Unreasonable Delay

There is an expectation that plaintiffs will file lawsuits within a reasonable time period. If several years have passed before you decided to sue for damages from the accident, the defendant may invoke the rule of laches. This affirmative defense is essentially a complaint that you took an unreasonable amount of time to bring the case to court. Even when the statute of limitations hasn't expired, the judge may side with the defendant if the delay prejudices the court against the defendant or prevents him or her from putting on an adequate defense.

For instance, in the intervening years since the auto accident occurred, perhaps the defendant moved to another state and several witnesses traveled overseas. The defendant could make a case that your waiting so long to file the lawsuit has made it difficult for him or her to launch an effective defense.

The best way to counter this affirmative defense is to either provide an explanation as to why it took so long to sue (e.g. you were in a coma) or refute the claim the delay caused harm to the defendant. If the accident was caught on tape, clearly showing the defendant at fault, you could argue the defendant's ability to mount a defense remains unaffected since the person's liability can't really be refuted.

You Were Equally Liable

A third affirmative defense the defendant may attempt to use is to claim you were equally liable for the accident. If you ran a red light and were T-boned as a result, the defendant could claim you bear some legal responsibility for the incident, for example.

Depending on whether you live in a state that uses comparative negligence or contributory negligence when determining how much compensation you receive, you may be awarded less money than you're asking commiserate with the amount of liability assigned to you (e.g. you are found 20 percent liable so your compensation is reduced by 20 percent), or you won't be able to collect at all.

Countering this claim essentially involves showing why the defendant should bear the majority of the blame or reducing your role in the incident as much as possible to increase the amount of damages you receive.

For more information about rebutting affirmative defenses or help with an accident case, contact an attorney. 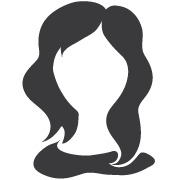 My friends joke around and call my car a "magnet" because it has been hit by other drivers on the road so many times. I have been in three auto accidents in just the past several years, and while I am a great driver, I have learned that other people in my city are not. While I consider myself lucky due to the fact that I am still in good health after being in so many accidents, I have learned a lot about them due to my bad luck attracting bad drivers. One thing I have learned a lot about is auto accident law and the importance of hiring an attorney after an accident. I want everyone to be aware of their rights after an accident, so I decided to create a blog to share my research and tips.